What do you want to try next year? Is there something you wanted to try in 2012? What happened when you did/didn't go for it?
(Author: Kaileen Elise) 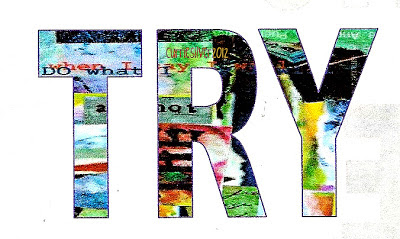 I was looking through some of my writing from 2012, and in the process I found some writing from BEfore 2012, from the end of 2011, where I was making attempts to envision 2012, my Life, and HOW I wanted them to dance together.

It is pretty much clear that I did NOT want to try selling my art in 2012. Which makes me chuckle a bit BEcause here I am nearing the threshold of 2013 thinking about selling my art. It ties together a few loose threads for me, this flipping of the coin…

In 2013, come what may, I am going to use my art to raise money I can give to the people, places, and things [organisations, efforts, projects, you name it] that matter to ME and that I think I can really make a difference by helping with money.

In 2012, much to my chagrin, I tried somewhat awkwardly and ultimately unsuccessfully to donate my art directly. It didn’t work, thankfully, but it has given me a certain clarity I’ve lacked up until right this very minute.

No matter how I try dressing up a duck, when it goes out into the World it’s still going to BE a duck. Perhaps this makes me naïve and, yes, I think I am a little, or simply unfamiliar with selling art.

Especially in a World where 99% of nearly everyone [and every organisation or place I wanted to help] is underfunded, has lost financial ground, and is mayBE just getting by, much the same way I am.

So this is what I plan to try again. Fresh. Clean slate. Selling my art. Using it as a kind of currency that lifts me out of the donating what I CAN - $1-$11, usually – into somewhere else.

Somewhere that can make some real difference. [and yes, I know that even my $1 is something, but it always leaves me feeling a little icky.]

Somewhere where I am NOT regretting the crazy spending I did throughout 2011. [and yes, I know that I was DOing the best I could, but it’s been feeling like regret way too much lately.]

Somewhere where I feel a strong sense of cooperative-collaboration and working with others for a common endeavour or enterprise. [and yes, I know there are all kinds of ways to have that “feeling” but this year I simply didn’t and still don’t.]

Yes… despite dear wise Yoda, I will try to sell my art in 2013. I will use that money to pay for any expenses incurred in delivering or finishing it,  and whatever else will go to help where really $$$ and NOT art can.
Posted by Currie Silver at 12:49 PM

I hope you figure out a way to sell your art in 2013. Sounds like it would be for a good cause, too.

I just tried something new at the end of 2012--texture and dimension! Have no idea what I am doing, but I just jumped in with both toes. ;)