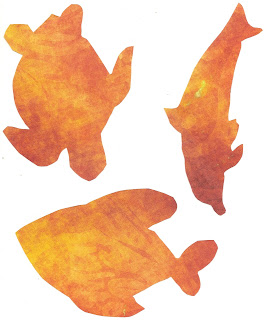 Yesterday I was on a call with Jennifer Hofmann at Inspired Home Office  http://www.inspiredhomeoffice.com/  for my 2nd time through her most amazing ebook, How To Organize Anything  http://www.inspiredhomeoffice.com/products/how-to-organize-anything-an-ebook-for-your-cluttered-creative-space , and in particular her extraordinary N.I.C.E.R. Process, and I was thinking about how I have been wanting to learn Photoshop Elements at least enough to get in there and play semi-understandingly, and I realised that all I needed to DO is set aside 15 minutes a day and BEgin the learning.

This 15-minute thing is a nifty trick I learned from Samantha Bennett of The Organized Artist Company  http://theorganizedartistcompany.com/# who I had also been on a call with earlier in the afternoon. I realised that I have written 15 minutes each and every morning, first thing, since I learned about this from Sam in December of 2010. That is  pretty darned remarkable. Now writing has BEcome, for me, about as natural as brushing my teeth. I don't even break a sweat. [mind you, NOT everything I write is worthy of even a rereading, but I can definitely write practically with my eyes closed].

Anyhow, I share all of the above BEcause this post is for Photo Art Friday, the brainchild of Bonnie at Pixel Dust Photo Art  http://www.pixeldustphotoart.com/2012/06/photo-art-friday-june-15th-17th.html and I've taken pretty much all of THIS afternoon just to put this together. And aside from watching several PSE videos on YouTube, I didn't even USE PSE!! But I got closer to using it with Pixlr, a program I have used BEfore, a wee bit...

The above sea creatures are cut-outs on some of my weirdly made collaging paper. I scanned them in, another no-brainer for me NOW, but NOT so until scanning enough to Now BE able to DO it, too, without needing all my brain cells playing well with each other!! I fiddled with them a bit in Picasa, 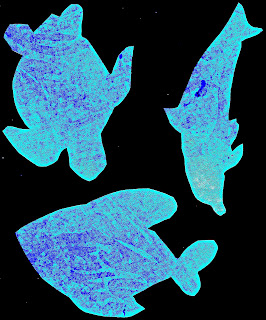 inverting the colours and such, but then I wanted to TRY something "more" and so this brings me to: 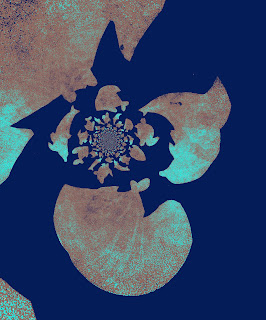 which I did in Pixlr by just DOing Something [even if I was wrong] thus creating something of a Negative Space rendition which, despite how simple it was to DO, I find rather fun!! In fact, I am NOT entirely sure what I did, but it was definitely easy and I quite like the effect. It looks like, well, God blowing a kiss and all the critters swirling about!!!

I then took it BACK TO Picasa and fiddled some more coming up with this version: 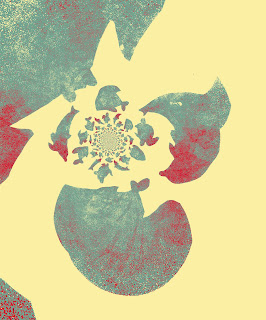 And here's the kicker:
I had fun.
I learned a little.
I am less [way WAY less] intimidated by PSE or Pixlr.
And I really like the negative space concept which makes a new sort of sense to me!!!

So BIG thanks to all who held the water by the side of the road as I bumbled along this afternoon!! Bonnie for Photo Art Friday, Michelle for directions to PSE tutorials on YouTube, Sam for 15 Minutes, Jen for her N.I.C.E.R. Process, and Gracie, who wasn't fazed in the least by my little whirlwind here in the Wee Cottage.

p.s. I'm still learning to link and get all this stuff working properly, so bear with me... I can only learn through DOing it and usually DOing it WRONG!!

Posted by Currie Silver at 5:44 PM

I like your effect of a swimming fractal! So glad you're enjoying yourself :).
Stay inspired!

There is SO MUCH value in being willing to experiment and do it wrong. You have provided here a lovely 'tutorial' of what can be done with our own art or collage creations with digital editing. Great work! Thank you for sharing your artwork and your process with Photo Art Friday, Currie.

Currie, I can empathize with you -- it took me a year or more to become confident with PSE. And there are other milestones like creating a blog when I didn't, and still don't, know that much about computers. I like your manipulations here. You really have several unique images using negative space.

I especially like the final pic. Love the subtle colours and simplicity. And I agree with you about it being such fun!

Checking in on later entries. - This is really nice. I admire you for jumping in and taking the time to learn new stuff. I am still trying to find time to read through a manual on the Gimp program.