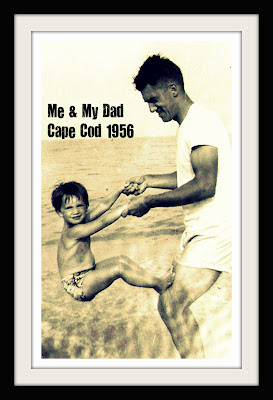 I BElieve in No Expiration dates. I BElieve what my 3rd Grade teacher said about the word Friend being spelled “i” BEFORE e because I never “end a friend.”

Last year I went to spend a weekend with my father. It was Father’s Day, my birthday, and my 40th Reunion. Five years BEfore I had attended my 35th Reunion and it was all the more special BEcause I was seeing my father for the first time in 18 years. That year my birthday and Father’s Day fell on the same day. We had a great 4 days together and for the first time in decades I enJOYed basking in my father’s loving attention.

When he picked me up at the airport, me bleary-eyed after a red-eye flight, we drove to and by all the houses we had ever lived in. It was delicious to share memories with him.

Next, he took me to each of the places where he was spending his days then. He volunteers in so many places and ways, it’s as if “retirement” was merely a place-marker to him. He just keeps on keeping on DOing things that he loves.

Most everything my dad does is related to encouraging kids. He seems to have so much in him to give to kids who need so much. I loved seeing that. I hadn’t seen that, really, until then.

BUT… then I remembered My Dad. The times he’d take me out to places he was checking on for his work. I remember his persistance and commitment to helping me ride my first bicycle. How he helped make it possible for me to start the first EVER bowling league for girls in our town when I was 8. And how he always let me come along for Little League practises, and play some, too, even though girls were NOT part of that World. Yet…

I know that my father is just a man. And that Now he is as much older a man as I am a woman, no longer that little girl he’d encouraged to BElieve in herself and her dreams.

Next week I will turn 59. The day AFTER Father’s Day. I spoke with my dad recently. For almost 3 minutes. He was returning a call I’d made, and though the call was shorter than I’d have liked, it was good just hearing his voice.

Several of my friends’ fathers have died in the past year. I don’t envy them that, but I DO wish that my father would BE MY Dad again. He is far more distant and no longer looks at or listens to me the way he did until I was about 11.

I think that in his way of looking at Life, BEing MY Dad was only a chapter in a book. He doesn’t know how [or mayBE want] to BE my friend. To encourage my grown-up dreams. To make the impossible possible simply by BEing part of my Life, BEing My No-Expiration-Date Dad.